The Alan Williams Entertainments Limited recent dispute with Alan’s former colleagues has now been resolved by the Intellectual Property Enterprise Court (IPEC) in London. The attached document*, which vindicates Alan in all aspects, is now in the public domain and available for scrutiny at

*The order document so produced has been limited so as to allow the reader only the general specifics of the full order handed down.

As expected due to the present Global confinement situation present and future listed shows have and will continue to be postponed until further notice until the crisis has past. Those shows that have already been rescheduled will of course be subject to the situation and government directives at that time. Shows yet to be rescheduled also remain dependant upon government directives and availability. Already purchased tickets will generally be transferable and remain valid or refundable however it is wise to check with the ticket source for confirmation. We anticipate all listed shows to eventually be rescheduled and take place at some time in the future and apologise for any unavoidable inconvenience. 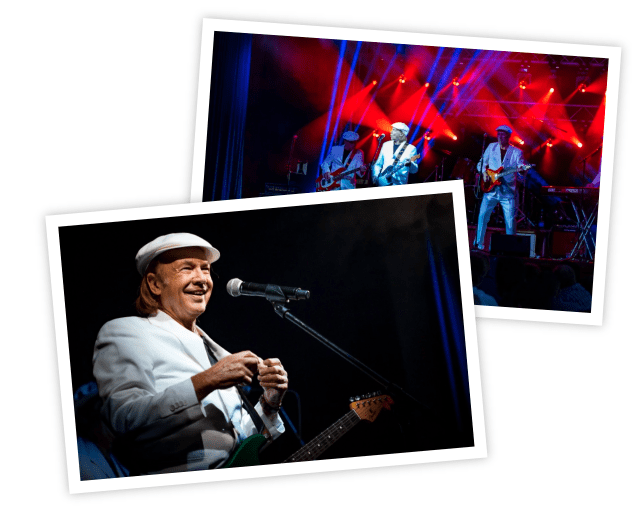 The UK leg of our anniversary tour kicks off in Ayr Friday 11th October, very excited about it, with some new songs, never before performed album tracks and unexpected surprises. ( full set list below ) Alan and his new band will blow your minds with new found energy and enthusiasm and when all is said ( sung ) and done will meet you after the show to say hello, chat a while and sign autographs should you wish. Don’t miss a moment. Tickets now on sale on line from Theatre Websites or Box Office.

Just When I Needed You Most

Rare Rubettes cover of the Drifters 1961 hit. From the 1992 album ‘Riding On a Rainbow’

YOU’RE THE REASON WHY

WHERE I AM NOW

I CAN DO IT 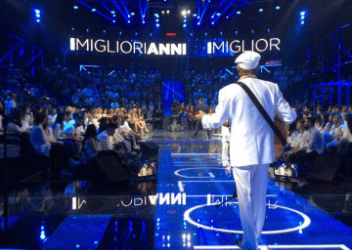 Congratulations to ‘Sugar Baby Love’ for reaching the ripe old age of 45 this month. April 1974 – April 2019 and still going strong. We should all say a big ‘Thank You’ to everyone in the making of this world famous ’45 rpm’ single and to the Rubettes themselves for continuing with the legend these past 45 years and still bringing us their wonderful music in whatever form that might be. We’re all so lucky to have experienced and been a part of the journey so far and with more shows to come in celebration of this 45th anniversary milestone the story continues to unfold. Lets hope for many years yet to come. In the meantime have a Happy Easter.

It’s with great pleasure that we can now start to announce the long awaited UK segment of our 45th Anniversary Greatest Hits Tour. Others to follow when confirmed. Details of venues can be found on our ‘Tour Info’ page. The scheduled shows will take the same format as the 2016 ‘An Evening With’ tour with an acoustic set featuring Rubettes and Solo album tracks, some heard for the very first time played live interspersed with stories and reminiscences from days gone by. Tickets will soon be available on line or from the Theatre box-office.

After much ado our European ‘Greatest Hit’s’ Tour 2019/20 is now ready to roll. Celebrating the Rubettes 45th Anniversary the tour kicks off next month in Switzerland on 26th April 2019 exactly 45th years to the month when ‘Sugar Baby Love’ first entered the charts in April 1974. It is hoped that most of the countries where the Rubettes gained chart success such as UK, France, Belgium, Holland, Germany will be visited so that we can acknowledge the support that Rubettes fans have given us over the years and to say thanks for always being there. The latest show will as always feature all the Rubettes ‘Greatest Hit’s’ along with more than one well chosen ‘Surprise’ just for good measure.  Can’t wait. Hope to see you there.

Only confirmed dates are listed in Tour Info. Where Cities and Venues are still TBA it is at the request of the booker to withhold this information until local information/promotion and ticket release has commenced. We apologise for any inconvenience caused.

From 1st November 2017 the CD Albums ‘La Légende Continue‘ and ‘Let There Be Christmas‘ will be available on Download from all popular download outlets.

Once again for Christmas the single ‘Plastic Christmas‘ will also be available on download. Don’t forget to keep requesting it at your local Radio Stations and with your help it will hopefully get the exposure it needs and eventually be accepted and played every year by all Radio Stations along with all our contemporaries as a traditional 70’s Christmas song . 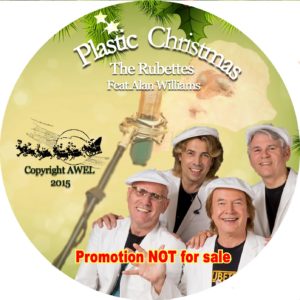 Reaction to Alan’s Australian tour has proved to be so successful that more dates have been added to the original schedule. See Tour info. 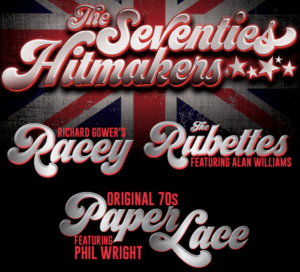 Alan has been invited to join the ’70’s Hit Makers’ tour of Australia this coming November 2017. Presenting a celebration of the music of the Rubettes he will be joined on stage by Richard Gower, lead vocalist of ‘Racey’ and Phil Wright, lead vocalist of ‘Paper lace’. These three bands were amongst the biggest record selling Artists in Australia during the 70’s and it will be the first time that any of their music will have been performed live by any of the three band originals in Australia. The rest of the guys will not be going on this occasion but we all wish Alan great success as it could be the precursor to touring their ‘An Evening with’ show there next year. Australian Tour company Abstract Entertainment already tour the likes of ‘Boney M’ and ‘Bay City Rollers’ in Australia and New Zealand and have shown a great interest since  discovering the we are still ‘alive and kicking’ here in the Northern hemisphere indicated that if  Alan’s reception is favourable they would be interested in next time bringing the whole band ‘down under’. With all the British ex pats living there we think it’s a forgone conclusion. It’s worth noting that despite all the Rubettes success in Australia, they have several gold discs from the region, they never got to tour there during the 70’s. They were so busy in Europe and elsewhere that the time could not be spared in between other commitments to go there ( you can’t just pop over for a few days ) they have always regretted this and are hopeful that even after 40 years it’s not too late. So come on you ‘Aussies’ you know what to do if you want the band to come play for you, contact these guys www.abstractentertainment.net and in the meantime catch Alan at a show near you. The tour kicks off in Sydney 3rd November 2017 and ends on the Gold Coast south of Brisbane 18th November 2017 visiting many major cities such as Canberra, Adelaide, Melbourne and Perth. Confirmed Dates : Friday 3rd November. ROOTY HILL RSL, Sydney, NSW. Saturday 4th November. CANTERBURY HURLSTONE PARK RSL, Sydney, NSW. Sunday 5th November. WESTS NEW LAMBTON, Newcastle, NSW. Wednesday 8th November. GRIFFITH REGIONAL THEATRE, Griffith, NSW. Thursday 9th November. CANBERRA SOUTHERN CROSS CLUB, Canberra, ACT. Friday 10th November. THE PALMS AT CROWN, Melbourne, VIC. Saturday 11th November. THE JUNIORS, Kingsford, NSW. Wednesday 15th November. THE GUV ADELAIDE, Adelaide, SA. Thursday 16th November. ASTOR THEATRE, Perth, WA. Friday 17th November. ANITA’S THEATRE, Thirroul, NSW. Saturday 18th November. TWIN TOWNS, Gold Coast, NSW.